Being able to sell your games in shops is a bit more convoluted than putting it on a shelf and hoping for the best. Retail has a few rules involved that you have to follow, they’re mainly to do with product quality and information.

This is a regulation by the EU to ensure the safety of toys. It’s also used for a variety of other things including pint glasses which I don’t think are made for children… What it checks is that your game isn’t poisonous, radioactive, likely to combust or spread the plague. It might sound a little over the top when you’re making a tabletop game but it stops toxic materials, paints and finishes on the items. Personally if I want a player dead I’d rather do it myself than have them get lead poisoning from a miniature. Lead poisoning is very hard to control, difficult to aim, and lead would cost a lot to ship. So best stick with CE certs.

The way this classification works is a bit tricky and whether or not you need it comes down to this:

If your product is to be used by children under the age of 14 it needs a CE certification.

You might be thinking since your game is aimed at 16+ or 18+ then you’re safe, no CE for you! Unfortunately it’s not that easy. You don’t decide if a child under 14 is likely to use it. The mythical They do. If your game gets stopped and the person checking it thinks it might be used by someone under 14, you need a CE certification.

So basically, get the CE certification, it’s the easiest way to go.

What does getting it involve?

This mainly depends on where you get the game manufactured. If you have it being made in the EU there are often CE certifications in-house that are regulated. If you’re getting it manufactured in China, you need to arrange to have them CE certified. A lot of manufacturers have associated companies they use, but you can shop around if you want. I’m not sure about the European process but with a Chinese manufacturer this means sacrificing a percentage of your order to be tested. It’s annoying but it’s do or don’t get in shops.

To signify CE certification you put a – wait for it – CE on the box! 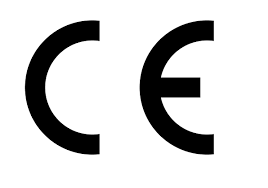 Once you realise what this is you’ll see it on everything. You’ll also start wondering why the hell it’s on some things.

You also get a certificate from the testing to verify that the product passed.

The test for Rampunctious cost us 310USD to get done, so not excessive, but also not cheap. It’s worth noting that we went with the manufacturer’s associated group instead of shopping around. It might have been cheaper to find someone else but I guess we’ll never know… (Ethan has chimed in saying the CE certification for Exquisite Beasts was similarly priced so the 300USD mark is probably accurate.)

Makes perfect sense right? Everything physical has a barcode!

And, yep, I’d totally forgotten this until last minute which caused a delay in our manufacturing. We only found out about it after Basil (Art Director of Fickle Games) asked if there was anything special for getting on Amazon and we googled it in a pub one day. All I can say is I spent too long in the digital games industry.

To get a barcode you need to register with GS1.

GS1 is an international group that license and store all barcodes. It’s not cheap. First you have to become a member. Then you can register to get an allotment of bar codes. A lot of the prices are based on your turnover. These registrations only last a year and you have to constantly renew to keep ownership of the code.

After you join and register you then have to pay for the image files for the actual barcode (I know, right?) which are bought through a credit system (yep yep I know).

When scanned the barcode gives information about the product size and weight, which makes it easier for retailers to be able to decide if they can stock and what kind of room they need for storage and shelf space. These are all details you need to put in yourself on the site and can update at any time.

On top of the official things you need for getting a game into shops there are some unspoken rules and best practices for your box.

A larger box requires more shelf space. Online this isn’t an issue but in a shop the game will often be sold at a higher price. This happens for two reason, 1) people think bigger things are worth more money and 2) shops are using a lot of space they could have used for multiple smaller games. So a smaller game box makes it easier to get into shops but means it’ll sell for less. Some games have unnecessarily large boxes to justify a higher price and to make them more noticeable. I may or may not be referring to the Netrunner starter pack.

The other is colour. Just about every artist and designer already knows this so I’m probably preaching to the choir. Your box needs to stand out. When someone walks by it in a shop they to be given a reason to stop and look at it in more detail. This usually means interesting images and good use of colour. It’s also important for your box to portray the personality of your game. If you have a lighthearted party game you don’t want it to look like a strategic six-hour-long war game. Remember games come shrink wrapped (obviously) so the only indications the buyer has is the blurb and images on your box. Some buyers will research the games first and know details about it but often people go to game shops wanting one thing and walking out with three more. If you want the impulse buy, the present buy, the I’ve-never-heard-of-BGG-but-I-play-games-for-fun buy then you need to portray your game as accurately as possible through the packaging.

A grain of salt

Rampunctious isn’t in shops yet. We have some interest but everything is a work in progress at the moment. There’s a chance there are some steps I’ve missed but you definitely need the ones mentioned above if not more.